The academic calendar is shifting at American universities as we speak. Will the athletic calendar shift with it?

On Monday, Notre Dame announced that it is starting its fall semester early, canceling fall break and ending the semester before Thanksgiving—something athletic director Jack Swarbrick indicated to Sports Illustrated was a possibility last week. That came a day after South Carolina announced a similar move, sending students home before Thanksgiving and then conducting finals remotely. Creighton and Marquette, among other schools, are also condensing their fall academic schedules.

Expect more and more universities to follow that trend in the near future. 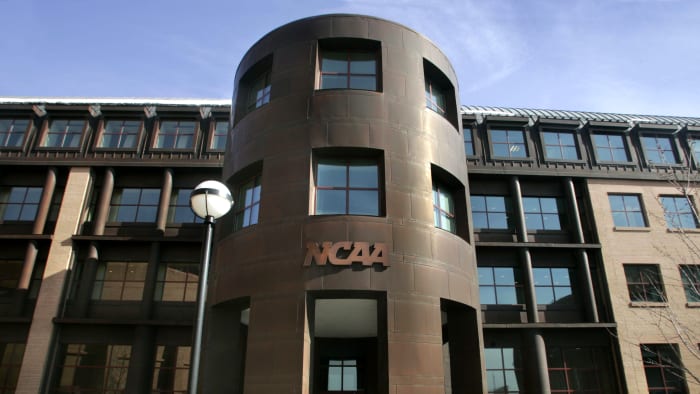 The logic is solid: Students coming and going en masse from campus are at increased risk of bringing the COVID-19 virus back with them, and Thanksgiving break roughly coincides with the beginning of flu season and what many expect to be a spike in coronavirus cases. This is a decision that puts health first and shouldn’t scuttle the semester academically at those schools.

But if you apply those changes to the traditional football and basketball seasons, it will have an impact and spur some philosophical debates.

If schools want their campuses empty for up to two months, do the sports teams stay and play during that dead time? Are the student-athletes beholden to provide TV inventory for the masses while the non-athlete students have all gone home?

The optics on that arrangement would not be great—student-athletes grinding out TV inventory while the non-athlete students have all gone home. The reality might not be as bad as it looks—most winter-sports athletes already spend up to a month living and training on virtually closed campuses, and a closed campus might be a relatively safe location in a virus resurgence. (Safe, but lonely.)

Regardless, it will be one more consideration for universities as they try to thread the needle on an appropriate approach to health, academics and athletics.

A normal football season would be almost complete by Thanksgiving, with the vast majority of teams playing their final regular-season game that week and a select few moving on to conference championship games in early December. Then comes bowl season, which is rife with potential issues. If there is concern about a resurgence of the virus, how many players (and fans) are signing up for that trip to the New Mexico Bowl?

Basketball faces a bigger challenge. Its season is just cranking up in late November, with a host of marquee tournaments and neutral-site games clustered around Thanksgiving and many more to follow in the first half of December. Attendance already is quite likely to be limited, but imagining a Big Ten/ACC Challenge played at campus sites with almost no students (other than the ones in uniform) is sobering.

So, should the games even be played at schools that are going on a six-week (minimum) lockdown by Nov. 25? Or should football and basketball shut down during that time, too?

Like everything else in college sports at the moment, it’s open for discussion.

“We’re trying to think responsibly and creatively about how to best have the college basketball season play out for student-athletes, teams and fans,” said the NCAA vice president for men’s basketball, Dan Gavitt. “We’re trying to be very creative and nimble, but it’s still early in the process.

“In mid-May, there are no bad ideas. And the virus will determine what the best ones are.”

Gavitt declined to discuss some of the ideas being floated, but here is one—a delayed start to a conference-only schedule. That sort of season could probably launch as late as January and still include a full slate of league games. Several coaches and administrators mentioned that to Sports Illustrated on Monday as a possibility.

Such a plan would have its drawbacks. Among them:

But there are no perfect solutions at this point, with mass testing still not happening and any kind of vaccine many months away. So football and basketball (and all the other college sports) will have to find a safe and supportable fit within the framework of other college decisions.

This restructuring of the academic calendar at many universities might force an athletic recalibration of what has been considered normal.

We’ll see how it plays out. But this much is certain: The less time the entire student body spends on campus at American universities, the more it calls into question why the athletes should be there.

Matthew VanTryon, Indianapolis Star Published 3:58 p.m. ET Sept. 6, 2020 | Updated 5:45 p.m. ET Sept. 6, 2020  (Photo: The Associated Press) College basketball doesn’t look like it does today without Tom Jernstedt. The thrill of March Madness and the fervor of the Final Four have Jernstedt’s fingerprints all over them.  And when you […]