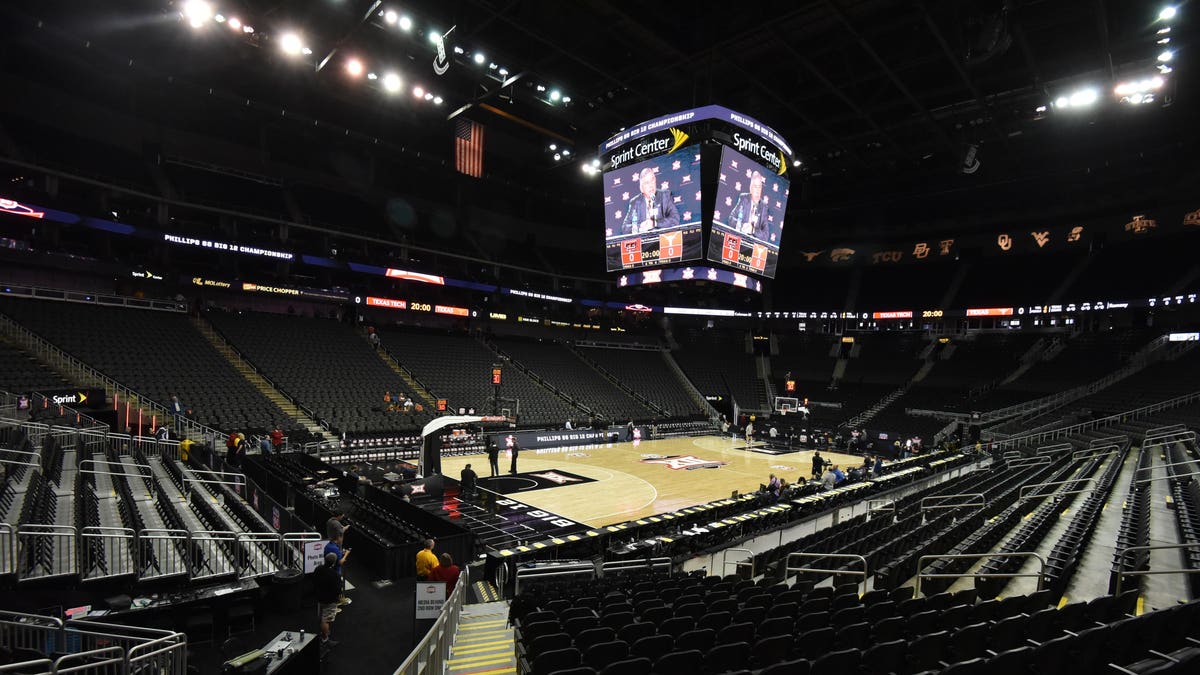 The Big 12 men’s basketball tournament was cancelled back in March. (Photo by Ed Zurga/Getty Images)

By Gerald Gurney, Donna A. Lopiano and Andrew Zimbalist

Tragedy begets opportunity, calling to mind the old admonition to “never waste a good crisis.” Educators and college athletic administrators should heed those words during the current hiatus from competition and develop a plan to redirect college athletics toward academic integrity, financial sanity, and athlete well-being. We suggest that such a plan should contain the following elements.

• Return the National Collegiate Athletic Association (NCAA) to a one-member, one-vote structure, with all 1,100 member institutions promptly voting on the five-year reform program proposed below. Three principles should guide the vote: first, the NCAA should promote the economic interests of all its members, not just the athletically powerful; second, it should emphasize the health and well-being of the athletes; and third, it should protect the economic interests of all enrolled students whose tuition and mandatory athletics fees are subsidizing athletics programs.

• Replace the current College Football Playoff, which awards 75% of its proceeds to the Power Five conferences (65 schools) and 13% to the Group of Five conferences (65 schools), with a 16-team NCAA Football Bowl Subdivision (FBS) national championship structured like the existing NCAA Football Championship Subdivision (FCS) national championship. The new structure would dedicate 100% of its media-rights proceeds to providing basic athletic-injury insurance, long-term disability insurance, and coverage for uninsured medical expenses to the 480,000 NCAA athletes of all 1,100 member institutions.

• Acknowledge the irreplaceable nature of the human brain and heed the lessons learned from concussion research. Change the rules in contact sports and sports in which athletes are susceptible to head trauma by requiring minimum-contact practices and ending, for example, “checking” in ice hockey and “headers” in soccer.

• Allow college athletes to earn income from the use of their names, images, and likenesses and to engage in outside employment, like any other student. Deter abuses by enforcing academic restraints such as prohibiting employment activities that result in missed classes, exams or other class-related activities, prohibiting the use of institutional assets in an athlete’s commercial venture, and establishing other guardrails.

• Require future head coaches to have at least a master’s degree in physical education or a related discipline (e.g., exercise physiology) and to have teaching experience in school settings. After all, if we want athletes to be students, shouldn’t we require coaches to be teachers?

• Prohibit the construction of new facilities open to varsity athletes only. Dollars from students’ tuition and fee payments help to build these facilities, so they should be available to everyone.

• Ask Congress to enact a limited, conditional antitrust exemption so the NCAA can cap the salaries of coaches, athletics staff, and administrators. Their salaries should not exceed that of the tenth-highest-paid faculty member or the college president, whichever is lower, and Congress should condition federal higher-education funding on compliance with this requirement. The responsibilities of running a university far exceed those of coaching; the relative salaries of presidents and coaches should reflect that reality.

• Prohibit off-campus, in-person recruiting by athletics personnel. Restrict communication with prospective college athletes to recorded electronic video/audio platforms. When campuses reopen, allow the institution to pay for one on-campus visit and scholarship audition per prospect and strictly limit the cost of on-campus meals and entertainment during that visit.

• Prohibit the scheduling of non-conference away competitions in locations beyond the states that are contiguous to the state in which a member institution is located.

• Gradually phase in a requirement that 25% of any cash donation to a member institution’s athletic program or of any revenues derived from television rights fees be designated to support the institution’s academic enterprise.

The NCAA Board of Governors should seize the opportunity of the current shelter-in-place crisis to suspend normal operating rules and conduct a mail vote of the presidents of its member institutions on the plan presented here or an equivalent. The Board has a historic chance to demonstrate courage by promoting the health and well-being of 480,000 college athletes and the financial best interests of all 1,100 members, instead of the narrow enrichment of the 130 members of the FBS.

If the NCAA fails to act, Congress could require adoption of the plan presented here as a condition of institutions receiving Higher Education Act funding. Alternatively, it could enact H.R. 5528, which would establish a bipartisan Congressional Advisory Commission to examine these issues. Inaction by both the NCAA and Congress would squander a unique opportunity for urgently-needed reform.

Gerald Gurney, Donna A. Lopiano, and Andrew Zimbalist are the authors of Unwinding Madness: What Went Wrong with College Sports and How to Fix It and members of the Board of Directors of The Drake Group.

Full coverage and live updates on the Coronavirus

Saturday, August 15, 2020 NASHUA — The Nashua Silver Knights consider their biggest strength this Futures Collegiate Baseball League season not to be their bats or their arms but their camaraderie. Wednesday, August 12, 2020 A revised 10-game schedule was released by the Big 12 Conference on Wednesday. Tuesday, August 11, 2020 The Big Ten […]