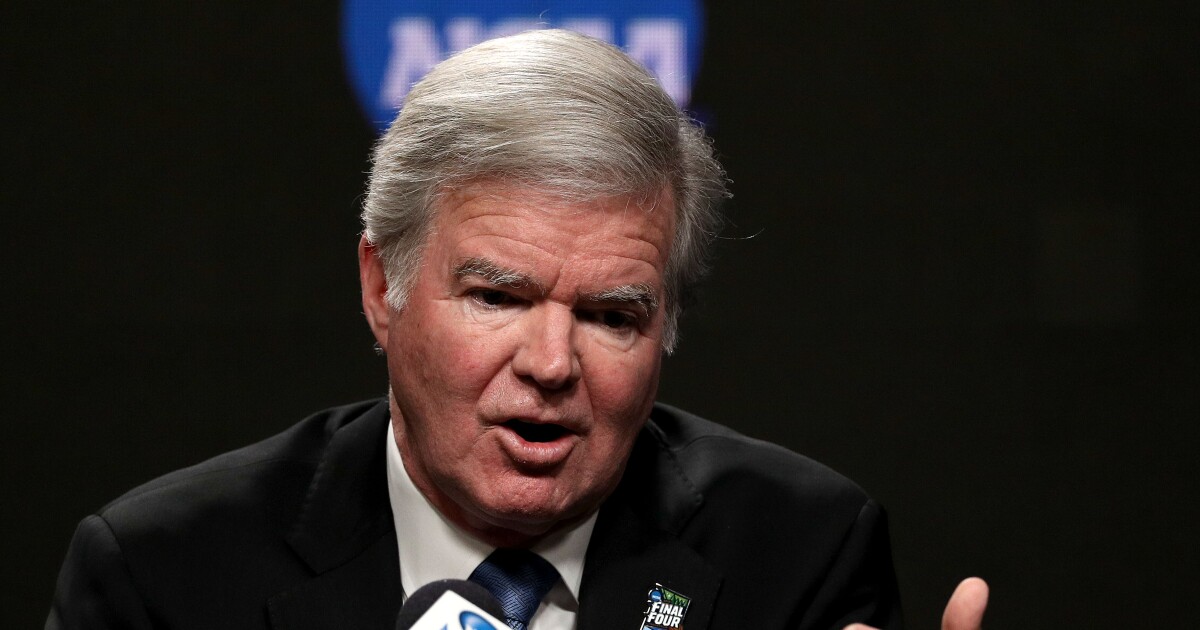 A proposal to allow NCAA Division I athletic departments to jettison sports teams as part of cost-saving measures amid the novel coronavirus outbreak has sparked widespread concern among coaches and athletics officials touting less drastic alternatives.

The plan was outlined in a letter sent this month by the Group of Five conference commissioners to NCAA President Mark Emmert seeking economic relief from what it described as “the direst financial crisis for higher education since at least the Great Depression.”

The letter listed a host of NCAA bylaws from which it hoped to receive a blanket waiver for a period of up to four years, including requirements that institutions sponsor at least 16 varsity sports. There was no suggestion for a new minimum requirement.

Athletics officials at UCLA and USC said there were no discussions to eliminate any sports at their respective schools, but other schools in smaller conferences could be forced to consider what many see as a last resort.

“I hope we never have to cut a sport,” said Long Beach State athletic director Andy Fee, who is not contemplating any reduction of his 19 sports programs. “I’ve talked to athletic directors who have and it’s one of the worst experiences that professionally I’ve heard them share. You’re ripping the heart out of student-athletes and coaches and alumni who invest so much.”

Any elimination of teams would likely have a bigger impact on men’s sports than their female counterparts because of Title IX requirements stipulating that a certain percentage of a school’s scholarships are allocated to women. It could also have broad implications for the sports landscape given that college athletics serves as a feeder program for many U.S. Olympics teams.

“We know that there might have to be cuts to support staff possibly, maybe you don’t get a videographer, maybe everybody doesn’t travel,” DeBoer said. “Potentially you stay in different type of accommodations, potentially you play less matches — all of these things are not things we want to embrace, but all of these things are things we know have to happen to respond to this process. You just can’t recover from extinction.”

The letter sent by the Group of Five commissioners, which includes the American Athletic, Mid-American, Mountain West and Sun Belt conferences in addition to Conference USA, sought exemption from a slew of requirements including the number of scholarships, attendance and scheduling.

“Dropping programs is not emergency legislation, it’s extinction, and you don’t recover from it, and that’s the part of it that we want taken off the table.”

But none of the possible cuts figure to be nearly as contentious as dropping teams. Cincinnati, a member of the American Athletic Conference, recently announced that it was cutting its men’s soccer program.

UCLA men’s volleyball coach John Speraw said the loss of any teams in a sport that has only 23 Division I participants could have a ripple effect for those still standing.

“If you start losing other sports in the region where all of a sudden you lose travel partners, then an AD is looking at it and saying, ‘Well, wait a minute, now your budget is going to go up and there’s no one for you to play,’ ” said Speraw, who has been the U.S. men’s national team volleyball coach since 2013. “Then those decisions could get very difficult long-term for our sport.”

Measures to preserve college athletics amid the global economic crisis were expected to be addressed Thursday and Friday during a meeting of the NCAA’s Division I council, which includes athletic directors, administrators and athletes. The NCAA’s Division I board of directors, composed of university presidents, is scheduled to meet next week to discuss the same issues.

DeBoer said she was concerned that the Group of Five’s proposal was designed as emergency legislation that could be passed without traveling the regular pathways for making major decisions.

“Dropping programs is not emergency legislation, it’s extinction,” DeBoer said, “and you don’t recover from it, and that’s the part of it that we want taken off the table.”

Fee said a hurried decision on the fate of teams could have unintended long-term consequences that hurt college athletics.

“Maybe today it’s, well, we’ve just got to get through the next two years, so let’s do this and we’ll be good after two years and we’ll just resume business as usual,” Fee said. “Well, that’s always fine and good, but we know in life, once you eliminate something, bringing it back isn’t always easy.”

NCAA releases plan for the eventual return of college sports

The NCAA has been in the news a lot of late — some good, some not so much — but now the focus at least temporarily shifts to sports.  And the return of student-athletes to competition. Friday, the NCAA released a document entitled “Core Principles of Resocialization of Collegiate Sport.” The NCAA had previously assembled […]